In Solidarity with the Uprising of Masses of Egyptian People 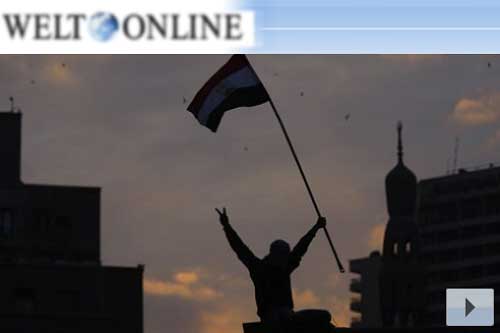 Our peoples will not be subjugated from now on  They will not tolerate the stifling of their legitimate aspirations towards democracy!

The Egyptian masses, full of resentment and discontent in Cairo and other cities, have in the past hours continued defying the rule of tyranny, corruption, misery and „inheritance“, in their heroic struggle for radical reforms in the political life to achieve freedoms, real constitutional democratic life and social justice which they had been denied for decades.

The means and methods used by the ruling regime, starting with the brutal repression that led to the death of dozens, injuring hundreds and arresting thousands at the hands of the vicious security forces, through cutting off domestic and international communications via mobile networks and internet, then declaring a curfew and deploying the army in the streets, and eventually retreating officially and announcing the dismissal of the government, were all unable to extinguish the torch of mass struggle for radical democratic change and to stop the overwhelming storm of protest that has swept the whole of Egypt involving millions of people led by the masses of young people. These methods have instead led to sharpening the resolve of the rebellious masses, and to raising stronger and clearer slogans against the regime and its ruling party, and against its leader, despite the attempts of some to blur the real objectives of the rebellious Egyptian masses.

These developments and the overall events which swept Egypt in recent days, as well as the heroic uprising of the Tunisian people, along with the angry popular movements in Yemen, Jordan and Sudan, have proved that the oppressive and despotic Arab regimes can no longer deceive the peoples and suppress their will and yearning for democracy, and a free and dignified life. It has become clear that these deprived peoples and their vibrant forces that are struggling for freedom, bread and happiness, can no longer acquiesce to the confiscation of their fundamental rights and the stifling of their legitimate aspirations under false slogans. They have realized from the lessons of their bitter experience the close interrelationship between the struggle for national causes and the issue of political and social democracy.

While declaring our solidarity with the masses of the Egyptian people and their patriotic and democratic forces, and calling for an end to all acts of repression by the regime against their legitimate struggle, we reaffirm our full and consistent support for the just demands of the masses of Egyptian democratic change, and for establishing a system of freedom, democracy and social justice.